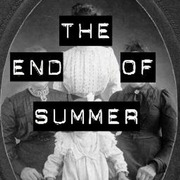 The End of Summer

Community Video
DAWN OF THE DEAD — CBS BROADCAST
Jun 17, 2021 by The End of Summer
movies

File this one under fan edit: George A. Romero's Dawn of the Dead as it may have looked if it premiered on network television in the late '70s, specifically December of 1979, modeled on the 1981 broadcasts of Halloween on NBC and The Exorcist on CBS. https://the-end-of-summer.blogspot.com/2021/05/teos-theater-dawn-of-dead-1978-full-cbs.html
Topics: George A. Romero, Dawn of the Dead

Posts by The End of Summer